While early editions were focused on politics and international affairs, it soon became clear that there is huge interest and appetite across the university to explore the interface between science and technology, and policy and politics. More specifically, how science, medicine and engineering could provide solutions to some of the most urgent challenges in the world today.

Within a couple of years, and with the help of a growing team including talented designer Lars Bergemann and long-time editors Sumana Chaturvedula and Georgia Lockwood-Estrin, A Global Village gained significant momentum. Attracting contributions from leaders in the scientific community, policy-makers and young researchers, the print journal covered a wide range of topics including global health, energy and environment, agriculture and development, economics and cyber-security.

Recent contributions include Michael Edelstein and David Heymann at Chatham House on the future of treatment for Ebola, activist Richard Stallman on surveillance and democracy, technologist Prof Michael Ferreira on augmented reality, and Camilla Toulmin, Director of the International Institute for Environment and Development, on investing in institutions to build climate resilience.

Inspired to grow an international audience for their niche publication, in 2014 the editorial board decided to move beyond the cost and confines of a print publication, and focus on developing the online edition. At this point, ANGLE was born - a new name for a new era. ANGLE is following in the footsteps of AGV, tackling global challenges, one issue at a time.

Contributed articles typically undergo a rigorous 2-3 month editorial process with our expert editorial team, composed mainly of post-doctoral researchers. This in-depth process enables scientists to communicate big ideas, complex theories and new developments directly to a non-specialist audience, and has frequently led to coverage of important topics - such as the link between sanitation and attendance in schools, and the invention of anonymous currency transactions such as bitcoin - well before the mainstream media.

A range of people and institutes at Imperial College have supported the growth of AGV and more recently ANGLE. In particular, Prof Alan Fenwick of the Schistosomiasis Control Initiative has been an invaluable advocate and mentor to the editorial team, and been a long-time contributor on the topic of neglected tropical diseases. Similarly, organisations such as the Grantham Institute for Climate Change, the Institute for Global Health Innovation and the Institute for Security Science and Technology have been committed supporters and partners.

Articles on anglejournal.com are published under a CC BY license, unless otherwise stated. 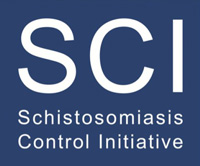 Editor-In-Chief
Neave, originally from Dublin, is currently a Research Fellow at the University of Oxford where she focuses on urban dynamics and policy. Until recently she was a Fulbright Scholar and Postdoctoral Research Fellow at the Center for International Development at the Harvard Kennedy School. Neave received her PhD in Mathematics from Imperial College London, and was previously an MSc student at Lincoln College, Oxford following her undergraduate studies at University College Dublin. Neave was co-founder of A Global Village (the pre-cursor to Angle) at Imperial College, and remains Editor in Chief.

Deputy Managing Editor
Devon is a final year PhD student studying RNA regulation and protein interactions in Autosomal Dominant Polycystic Kidney Disease at the University of Sheffield. She gained a Masters of Research degree in Molecular and Cellular Biology from the University of Birmingham, and it was here that she developed a passion for science writing and communication. Most recently she established the Sheffield branch of Pint of Science, which was closely followed by setting up Sheffield PubhD events, both of which encourage researchers to present their work in the relaxed and informal setting of a pub. Devon has a specific interest in genetic diseases, but her interests as an editor lie in global health, and how research can underlie and improve current policies.

Editor
Mattias is a Marie Skłodowska-Curie Fellow at Imperial College London. After completing his bachelor and master degrees in Sweden at Lund University and KTH Royal Institute of Technology, he received his PhD from the University of Melbourne in Australia. His research focus is in the areas of nanoengineering and biomaterials and he has a strong interest in research strategy and science policy. His ORCID is https://orcid.org/0000-0002-9876-7079

Associate Editor
Shelly is a PhD student currently studying the genetics behind auto inflammatory disease at the University of Leeds. She completed her BSc and MSc within the field of Molecular Medicine, developing her interest into the research field. As Associate Editor, she is interested in the issues and diseases that affect the population worldwide, and how these problems are being addressed and tackled using novel methods.

Section Editor, Global Health
Claire is an MRes student in Bioimaging Sciences at Imperial College. She completed her BSc in Chemistry, also at Imperial. She is a laureate of the Young Scientist Association Luxembourg and of the London International Youth Science Forum.

Associate Editor, Energy and Environment
Kamalam has a passion for Astronomy and Astrophysics. She completed her PhD in Solar Physics at Armagh Observatory, UK and a post-doc at the University of Graz, Austria. Her research contributed to an understanding of space weather and the solar coronal heating problem. As an aspiring science communicator, Kamalam volunteers for various organisations to bring science to the public and loves nothing more than to be able to share the latest and greatest science has to offer. She enjoys blogging and organising events where children can appreciate science.

Associate Editor, Energy and Environment
Prof Dominik Weiss is researcher in Environmental Geochemistry at Imperial College London. He received his master’s degree in Natural Sciences from the ETH Zürich and his PhD degree in Geochemistry from the University of Bern. After two years of post doctoral work at MIT he joined the faculty at Imperial College London in 2000. His group is studying the chemistry and the role of trace elements in various Environmental and Earth System processes. Dominik has a long-standing interest in capacity building and environmental problems in developing countries. He is working in South America, Africa and South Asia on a wide variety of problems including past climate change, soil chemistry and water quality.

Associate Editor, Energy and Environment
Wen-Yu graduated with an M.Sc. in Development Studies from LSE and a M.Sc. in Environmental Policy from the University of Oxford. She holds a First Class B.Sc. degree in Biomedical Science from Mahidol University in Thailand. Due to her interest in addressing issues at the intersection of science and policy, she also co-founded the Emerging Leaders Programme at the Caux Dialogue on Land and Security. She currently works as an educator and a low-carbon energy and climate change consultant.

Associate Editor, Science and Technology
Sven Sewitz is a senior postdoctoral scientist at the Babraham Institute, Cambridge. He recieved his PhD from Oxford University in molecular biology, and has since spent a large amount teaching himself data science. His work is in 3D genome organisation, and how this changes during cellular differentiation and disease. Additionally, he has written about research funding structures and how this influences career progression, and is interested in the role of science in society in general.

Article submissions are open to experts and thinkers - interpreted in the broadest sense. We typically attract and invite pieces from academics, early-stage researchers and innovators, policy-makers and professionals in both the public and private sphere.

While we encourage contibutions on a range of topics. Articles are loosely grouped into three types: feature (standard), opinion piece and research article.

Please send a short abstract to our Editor-in-Chief Neave O’Clery.

Are you passionate about the intersection of science, policy and politics? Get in touch with us if

(1) You are a minimum PhD candidate, or have an Masters degree plus professional experience
(2) Have an interest in science, policy and international affairs
(3) Have great writing, communication and organisational skills

A background in your chosen topic-area is preferred but not essential. No prior editorial experience required.

Please send a CV, one writing sample/link, and a short proposal for a theme or topic we could feature (one paragraph) to our Editor-in-Chief Neave O’Clery.