How do we imagine our world in 20-50 years? With a rising world population expected to reach 9-10 billion by 2050 according to UN projections,1 increasing demand for water, crops, healthcare and energy are likely to stretch the resources of the planet, putting our fragile ecosystem under severe pressure.

Therefore, a sustainable model for global development, defined as “meeting the needs of the present without compromising the ability of future generations to meet their own needs”,2 has attracted increasing attention. By focusing our efforts on the preservation of the ecosystem and natural resources, we can hope to guarantee a future for the generations to come.

The science of the very small, nanotechnology could play a key role in tackling many of these issues ranging from fresh water supply and food decontamination to green technology.

Thirty years ago, with the invention of the scanning tunnelling microscope (STM), scientists developed the ability to design and control new particles and materials with dimensions between few nanometres and few micrometres. Since then, inorganic particles and organic particles with different shapes and exotic names such as nanorods, nanowires, nanotubes and nanotweezers have been proposed to accomplish specific tasks – including metal coordination, molecules encapsulation, molecules/ions sieving and sensing. This new technology has the potential to tackle many of our most challenging technological, environmental and economic problems of both today and the future.

A key problem facing humanity is that of fresh water supply. Although 70% of the Earth’s surface is covered by water, only 2.5% represents accessible fresh water.3 Environmental problems encompassing depletion and contamination of fresh water coming from aquifers, rivers and lakes, together with the loss of snowpack and water stored in glaciers, present serious risks which undermine the future of agriculture, industrial production and domestic use.

Nanosorbents – including nanoclays, nanoparticles of metal oxides and zeolites – have been developed to remove ions and organic solutes from a liquid. Moreover, nanocatalysts – usually metallic nanoparticles – have the ability to convert toxic organic molecules into harmless products and kill bacteria present in water without generating toxic byproducts. These materials can thus provide an effective solution to water contamination issues.

Nanotechnology is likely to also play a decisive role in combating food-borne illnesses that threaten worldwide food supply. Molecular imprinted polymers can, for example, recognise plants as well as insect viruses, while DNA barcodes can track bacteria in agricultural environments, and hence tackle the problem at its source. In addition, alongside improved storage conditions, the detection of food-borne bacteria and toxins by nanosensors could significantly reduce food waste.

By combining the use of light emitting diodes (LEDs), super-insulating and self-cleaning windows, together with the implementation of more powerful roof-top photovoltaic (PV) panels and nanosensors monitoring energy usage, energy efficiency and environmental sustainability of buildings would be enhanced.

In particular, the improvement of solar photovoltaic (PV) is linked to the development of new materials with higher efficiency in solar energy conversion. Nanostructured organic photovoltaics can now reach a power efficiency of 8%. Although still lower than traditional silicon-based PV, given their high flexibility and relatively cheap industrial production, these organic PV panels have found applications in many sectors, ranging from buildings to transport and electronic equipment.

Alongside improved storage conditions, the detection of food-borne bacteria and toxins by nanosensors would significantly reduce food waste

Improved recycling in industrial processes would enable the recovery of precious transition metal ions from aqueous solutions and mixtures, in parallel to a decrease in solid waste and Green House Gas (GHG) emissions. Such recycling could be achieved through recovery and reuse of magnetic nanoparticles via magnetic separation. Furthermore, highly porous nanomaterials – encompassing metal organic and zeolitic imidazole frameworks – capture large amounts of CO2, in parallel to metallic iron nanoparticles which degrade organic contaminants like chlorinated hydrocarbons.

The development of new catalytic nanoparticles for transport technology, at lower cost than the currently used platinum-based catalytic converters, would guarantee cleaner emissions. New nanotechnologies based on carbon nanotubes (CNT), leading to new materials between 10 and 56 times stronger than steel but significantly lighter, would reduce fuel consumption.

Nanotechnology could also play a key role in tackling environmental damage caused by the spillage of toxic substances. Membranes made of potassium manganese oxide that can selectively absorb large amounts of oils from water have great potential for ocean-skimming and oil spillage clean-up. These nanoporous membranes have already been used to power a robot constructed at the Massachussets Institute of Technology (MIT) called ‘Seaswarm’ aimed at preserving the water quality of oceans by tackling oil-related pollution.

Finally, nanotechnology could also promote advances in both medical diagnostics and therapeutics. Inorganic and organic nanoparticles such as mesoporous silica, zeolites, CNT, hydrogels and micelles have been proposed as candidates for drug delivery systems.

Nano Risk
Given their very small dimensions, nanomaterials present potential risks for both the environment and human health that should not be underestimated. Concerns have already been raised about prolonged exposure to nanoparticles, some of which are believed to contribute to the development of lung diseases such as asbestosis, silicosis, asthma and lung cancer. Moreover, nanoparticles assimilated through ingestion could also pass through the intestinal barrier, ending up in the bloodstream with the potential to cause diverse damage to internal organs.

In particular, this latter issue represents a big concern for the deployment of nanoparticles in the food industry and hence the necessity of a thorough investigation of potential hazards before any implementation. This is the mission of the Institute of Materials (IOM) which works in collaboration with SAFENANO (the Europe’s Centre of Excellence on Nanotechnology Hazard and Risk). Their combined efforts are aimed at developing clear policy and legislation that regulates the use of nanoparticles in future technological applications.

A few systematic studies investigating the potential toxic effects of nanoparticles and ultrafine particles on animal (including human) cells in vitro have already been released. It has been shown that ultrafine particles could cause severe damage to both the pulmonary and central nervous systems. Over the last few years, a cause and effect relationship has been established between oxidative stress induced by the presence of transition metals such as chromium or cobalt and pulmonary toxicity.

Nanoparticles are known to form agglomerations whose accumulation mechanism and potential toxicity depend on the substance in question’s physical properties such as chemical composition, size, shape and surface area. In 2005, a study from the Institut National de Recherche Scientifique investigated the relationship between the size and deposition rate of nanoparticles in various pulmonary regions. It was found that a bigger size particle had a shorter retention time as well as a closer deposition location in the pulmonary system.

Overall, these few studies appear to give preliminary indications about the diverse toxic effects that nanoparticles might give rise to. Fullerenes, for example, do not seem to present serious risks to the skin, yet studies have demonstrated their toxic effects following ingestion. Similarly, there have been cases where iron present in CNT, thought to be carcinogenic due to possible disrupted cell replication, led to dermatological complications.4 Interestingly, it has been observed that the encapsulation of some nanoparticles – especially inorganic ones - can inhibit toxic effects. For example, CdSe quantum dot has significant cytotoxicity in human cells related to its carcinogenic Cd2+ ions. The encapsulation of CdSe in zinc sulphide tends to reduce this effect, and when encapsulated in bovin serum albumin, the cytotoxic effects of CdSe almost disappear.

Nano Future
Nanoparticles are already integral components of a wide range of products, from personal-care silver sprays or sunscreens to food additives and colourings. The US Food and Drug Administration (FDA) is currently arguing for a policy change to make the labelling of food and cosmetic products mandatory whenever they contain new ingredients or components differing from those ‘Generally Recognised As Safe’ (GRAS).

The main concern, however, is that, in the past, the term ‘GRAS’ has been controversial, as highlighted by the case of asbestos. Either the mandatory labelling of commercial products shall be extended to all ingredients or the term GRAS shall apply to an ingredient only after it passes a complete and thorough series of toxicological studies and tests.

It is crucial that scientists developing nanotechnologies of the future are fully aware of potential risks, and communicate these clearly to the general public through an open dialogue. This, coupled with the development and adoption of a clear, transparent and specific regulatory framework, could play a key role in the prevention of nanotechnology suffering the same fate as genetically modified organisms as a safe technology in the public eye. 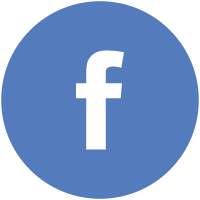 When referencing this article, cite as follows:
Torrisi, A. (2012, Oct). Nanotechnology for Sustainable Development. Angle Journal. Retrieved from http://anglejournal.com/article/2012-10-nanotechnology-for-sustainable-development/
A version of this article was originally published in A Global Village, Issue 8 in October 2012.

Dr. Antonio Torrisi is a student of the MSc in Science Communication at the Department of Humanities, Imperial College London. He has a PhD in Chemistry and has previously worked as a Post-Doc researcher in Materials Modelling at University College London.